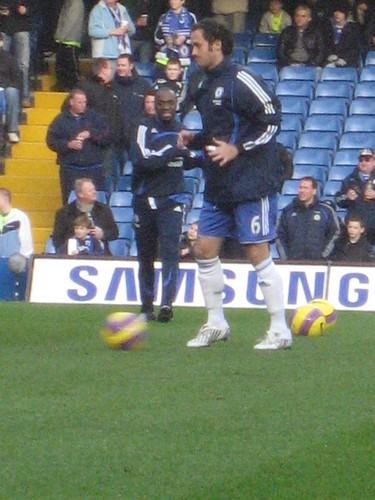 “Chelsea Football Club can confirm it has agreed terms with Real Madrid for the transfer of Ricardo Carvalho. The transfer is subject to a medical and the player agreeing personal terms. Chelsea would like to thank Riccy for his six years of service, and we wish him well in his future career.”

The transfer is not a surprise after the 32-year-old Carvalho told Spanish sports daily last month that it would be “a dream” for him to be reunited with Mourinho at the Bernabeu.

“If there was a possibility to sign with Real Madrid, I would go there right now swimming or running. It would be a dream to be able to play for Madrid, which I consider to be the best club in the world, and follow the orders of the best coach in the history of football. With Mourinho I experienced two marvellous stages at Porto and Chelsea. To have the opportunity to win another Champions League with him at Real Madrid would be tremendous.”