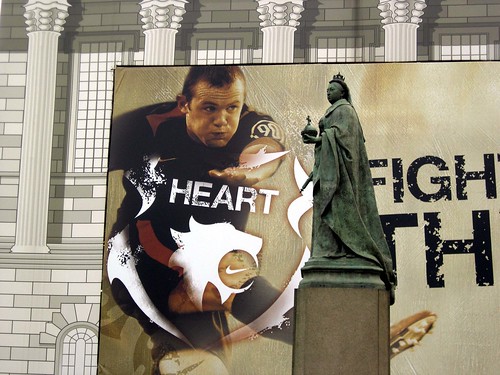 After Marcus Tanaka had given Japan a seventh-minute lead, England’s Frank Lampard had a penalty saved by Eiji Kawashima.

But Tanaka headed a cross by Joe Cole into his own net in the 72nd minute and Yuji Nakazawa deflected a cross by Ashley Cole past his goalkeeper in the 83rd.

The game was played in the Austrian city of Graz so that the two teams could get used to playing in the high-altitude conditions they will encounter next month in South Africa.

“I am happy for the second half. I think we played better, faster. We found the space,” said England coach Fabio Capello, who will name his final squad of 23 on deadline day Tuesday. “(In the first) we played too slow, passes wide. It was easy for the Japanese to defend.”

England have not looked impressive in either of their two warm-up games. Their football was disjointed their discipline poor. Against Japan, Wayne Rooney (who has not scored in his last six games) should have been sent off for a stamp on Marcus Tanaka.

And to top of a poor England performance, Frank Lampard missed his second consecutive penalty (he missed one in the FA Cup Final) and England’s phobia over penalties continues.