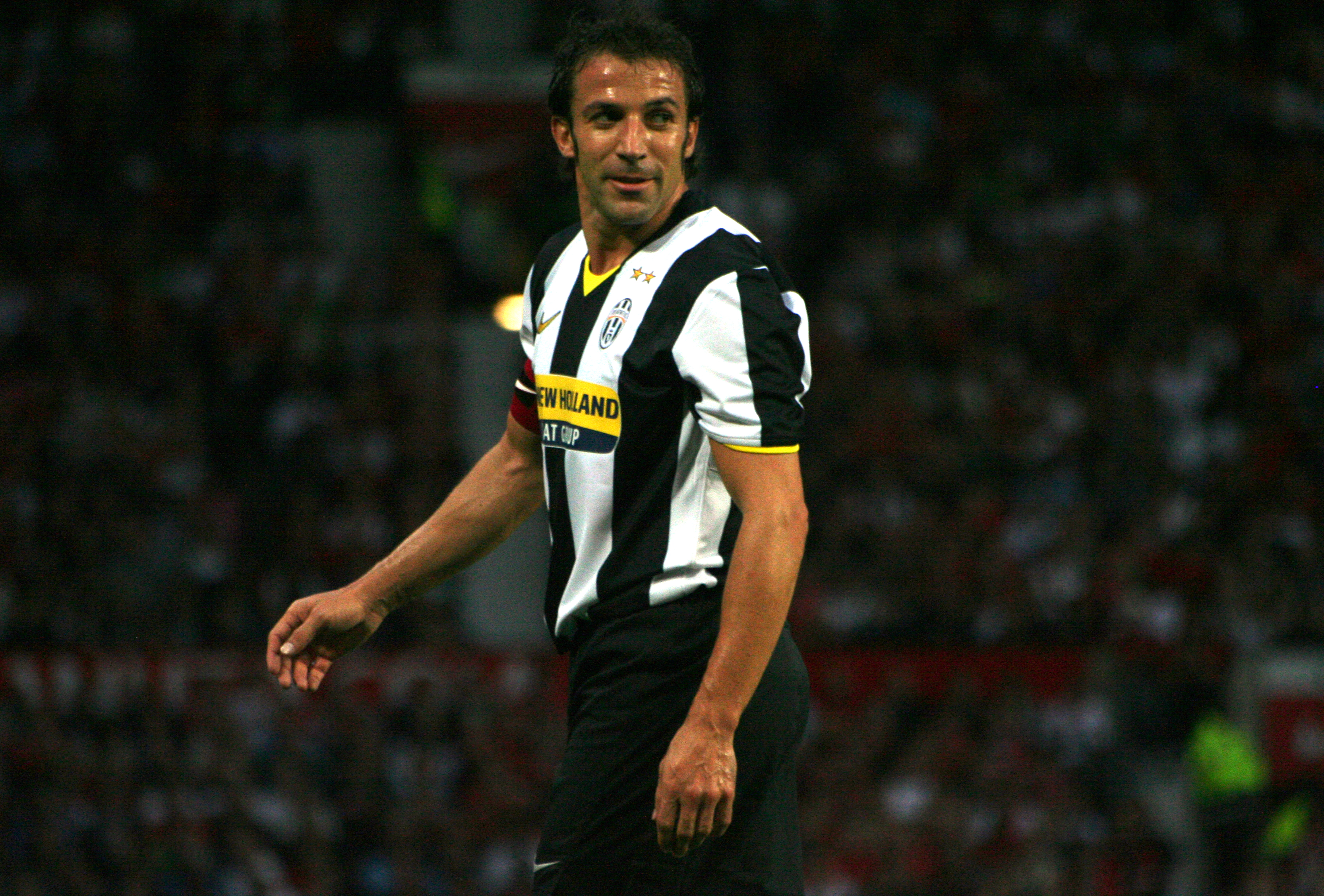 Not sure what Alessandro Del Piero and Paul Scholes are drinking, both these two veteran players are driving Juventus and Manchester United to their respective league titles.

After AC Milan’s 1-0 win last night, Juventus needed to respond in kind, and they did just that thanks to a late free-kick from Alessandro Del Piero, who was playing his 700th game for Juventus

Simone Pepe gave Juventus the lead after 30 minutes when he drifted in behind the Lazio defence, collected Andrea Pirlo’s clipped pass and acrobatically fired in from close range. The advantage lasted all of 15 minutes, however, as Stefano Mauri met Lionel Scaloni’s whipped cross with a powerful header.

With eight minutes left, up stepped Del Piero to curl a free-kick into the bottom corner and seal a win that puts Juventus one point clear at the top of Serie A.

AS Roma were the other big winners of the evening, goals in the last four minutes from Francesco Totti and Marquinho securing a 3-1 triumph over Udinese. The win means the Giallorossi leapfrog SSC Napoli. who lost 3-1 to Atalanta BC, into fifth.

Next season, only the top three teams from Serie A will play in the Champions League, and that battle, just like the one for the title will go down to the last week of the season.

This is how the top of the Serie A title looks with six games to go.