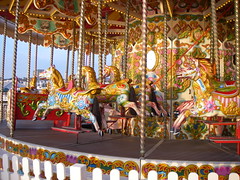 The coaching carousel in Serie A continues with the news that Chievo have hired Domenico Di Carlo for a second time and that Catania have hired Vincenzo Montella.

Di Carlo returns to Chievo after a difficult time at Sampdoria last season.

Di Carlo won plenty of acclaim when he guided low-budget Chievo to mid-table finishes between 2008 and 2010. But his stint at Sampdoria got off to a bad start then Samp were beaten by Werder Bremen in the UEFA Champions League play-offs. After failing to get Sampdoria out of the group stages in the Europa League, Di Carlo’s was on borrowed time. So it was no surprise when he was fired in March.

Di Carlo takes over for Stefano Pioli who went to Palermo.

Vincenzo Montella is the new coach of Catania after impressing during a caretaker stint at Roma last season.

Montella replaces Diego Simeone, who left Catania earlier this month after less than six months in charge. Even though Montella steered Roma to sixth place in Serie A after taking over from Ranieri, he was not offered the job on a full-time basis.