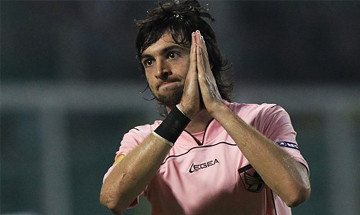 The fee for the Argentinian international, who has signed a five-year contract, eclipses the €33.5m PSG paid to Real Madrid CF for Nicolas Anelka in 2000

Qatar Sports Investments bought a 70% stake in PSG on 30 June and quickly installed former Inter Milan coach Leonardo as general manager. Now armed with tons of cash, PSG is threatening to do in France what Manchester City have been doing over the last couple of seasons in England. Blow everyone else out of the water when it comes to the transfer market.

PSG’s ambition and money has to worry Europe’s footballing elite. Paris is one of the great cities in the world and if PSG can offer Paris, cash and success to players it will be extremely difficult for them to consider signing anywhere else.

The downside for PSG is that the signing of stars like Pastore increases expectations. PSG need to win either the French League or the Europa League league this season to justify this kind of investment.