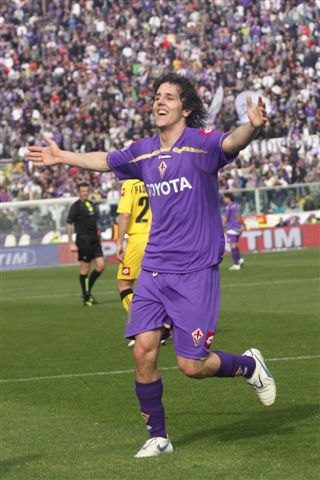 I was really surprised to read that Juventus are out of the Stevan Jovetic sweepstakes. Juventus chased Jovetic all summer, and I expected then to go back to Fiorentina with a new bid in January.

But Bianconeri director Giuseppe Marotta says that the champions  are no longer interested in the striker.

“However, we are no longer interested in signing him now.”

What could have cost Juventus to lose interest in a player they coveted all sumer? The arrival of money-is-no-option Manchester City is why.

Reports out of England say that the English champions have had a new €25m offer for Stevan Jovetic turned down by Fiorentina as they are holding out for at least €30m, if not €35m.

The Montenegro international is hot property on the transfer market and already saw offers come in over the summer from Chelsea.