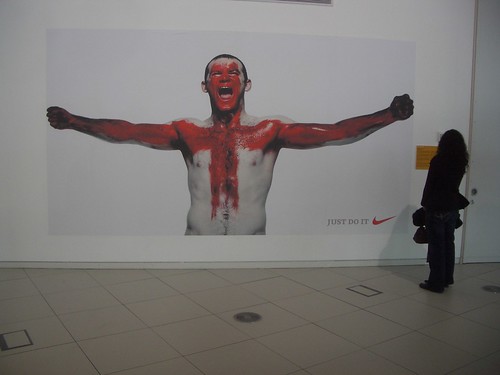 The Wayne Rooney saga took another twist today when Rooney released a statement about why he want to leave the most successful English team of the last six years.

“I met with David Gill last week and he did not give me any of the assurances I was seeking about the future squad.  I then told him that I would not be signing a new contract.  I was interested to hear what Sir Alex had to say yesterday and surprised by some of it. It is absolutely true, as he said, that my agent and I have had a number of meetings with the club about a new contract.

During those meetings in August I asked for assurances about the continued ability of the club to attract the top players in the world.  I have never had anything but complete respect for MUFC. How could I not have done given its fantastic history and especially the last six years in which I have been lucky to play a part?  For me it’s all about winning trophies – as the club has always done under Sir Alex. Because of that I think the questions I was asking were justified.

Despite recent difficulties, I know I will always owe Sir Alex Ferguson a huge debt. He is a great manager and mentor who has helped and supported me from the day he signed me from Everton when I was only 18.  For Manchester United’s sake I wish he could go on forever because he’s a one-off and a genius.”

Quite a statement from a player who has won 3 Premier League Titles, 2 League Cups, 1 Champions League and 1 FIFA Club World Club in 7 years at Old Trafford.

So if Rooney is to be believed and he really wants to go to a club that wins trophies and can match his ambitions, three come to mind. Real Madrid, Barcelona and Inter Milan.

Barca and Inter have dominated domestically in the last five year and both have won the Champions League, Madrid has Mourinho and Ronaldo and will win trophies over the next five years.

In England, Rooney’s other possible destinations are Chelsea and Man City. Chelsea have not won as often as United have over the last five years and Roman Abramovich does not seem to have the willingness to invest in an aging team that he did four of five years ago. Will Chelsea win more in the next five years than Man United? That is debatable.

That leaves Man City, who have not won a trophy since 1976. There is no guarantee that City, even with all their millions, will win more than Chelsea or Man Utd over the next five years.

If this is really all about the money, then Rooney will end up at Eastlands as the highest paid player in the Premier League at around 250,000 pounds per week.

The transfer window does not open up until January 1st, 2011, but I would be shocked to see Rooney in a Man United shirt again.