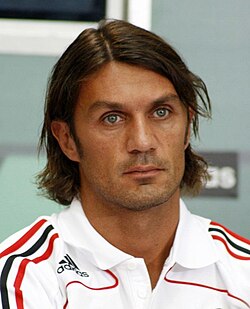 Paolo Maldini has warned old club AC Milan that they may as well give up any hope of winning any trophies next season if they sell both Thiago Silva and Zlatan Ibrahimovic.

Maldini, who retired back in 2009, feels that with the departure of so many veteran leaders that Milan must now fight to keep the genuine world-class performers left in the squad.

“If you want to win something then you can’t do without Thiago Silva and Ibrahimovic,” Maldini told Sky Sport Italia, “If the objective is to balance the accounts and have a decent campaign, then you can sacrifice one of the two.”

Maldini also felt inevitably bittersweet with the departure of most of his former team mates from the club.

“A lot of Italian football’s recent history is leaving,” the 43-year-old pointed out. “There is a bit of sadness, even if there is also happiness because of what we have seen them do in the past.”

Maldini, who made his Milan debut at the age of 16, spent his entire professional career with the club and set several appearance records, during which time he won seven Serie A titles and five European Cups.