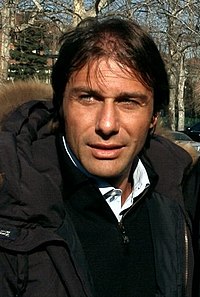 After leading Juventus to their 28th league title in his first season in charge, coach Antonio Conte has been rewarded with a two-year contract extension that will tie him to the Bianconeri until 2015.

The 42-year-old, who spent 13 seasons at Juventus as a midfielder, was appointed last summer and wasted no time in bringing success back to his former club, who became the first Serie A side to remain unbeaten throughout an entire league campaign since 1991/92.

“It’s definitely a good day because it gives continuity to a dream of mine,” Conte told the club’s official website. “It is a great sign of esteem that fills me with pride and definitely pushes me to try to do better.”

Juve make their return to the Champions League next season and Conte has urged the board to invest in the squad this summer.

“Last May, the company’s intention was to build year upon year and take Juve to the top,” Conte said. “We were able to be immediately successful in the league; now there will be a new challenge in Europe, where we try to consolidate what we have done well.

“We have a young team of which many elements will be retained. They have done a great job. Now it will be up to the director (Giuseppe) Marotta and the club to try to expand this base and make it even stronger.”

Having clinched the Scudetto on the penultimate day of the season, Juve also came close to completing the domestic double but fell at the final hurdle when losing 2-0 against Napoli in last Sunday’s Coppa Italia final.

The Italian champions will appear in the group stage of next season’s UEFA Champions League.