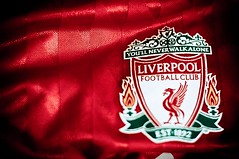 Liverpool ruthlessly sweep aside Fulham at Craven Cottage and moved above Spurs into fifth place and the final Europa League spot. The style that Liverpool showed was a message to the rest of the Premier League that Liverpool will be aiming to regain their mantle as most successful English side next season.

When King Kenny took over as Liverpool manager on January 9, Liverpool were in the bottom half and were a club lacking in confidence. Since then Liverpool have taken 33 points out of a possible 48. That projects to 78 points over a whole season, title contending form.

Liverpool took Fulham apart in a remarkable opening 16 minutes. Referee Lee Mason had only just blown his whistle when Lucas sent Suarez storming down the left.
His centre was cut out by Carlos Salcido but the Mexican cleared only to Maxi, who swept home from close range to register the fastest goal of the season with just 31 seconds on the clock, five quicker than Javier Hernandez’s strike for Manchester United against Chelsea the day before. Better would follow.

Another raking pass from Lucas sent Glen Johnson away to cross from the right. Maxi was again the recipient, volleying past Mark Schwarzer from eight yards. Amazingly, it then got even better for the visitors and much worse for Fulham.

Kuyt was allowed to stroll in behind Salcido and hit a shot that Schwarzer should have gathered comfortably. Instead, he allowed the Dutchman’s daisy-cutter to squirm through his fingers and could only look on in horror as the ball trickled across the line.

Fulham were better in the second half and Moussa Dembele pulled one back but that was the signal for Liverpool to turn it on again, with Maxi taking his tally to seven in three games before the superb Suarez goal the goal that his performance deserved.