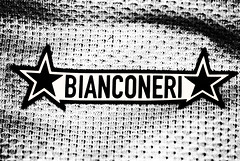 It has been a disappointing season for Juventus and as a result they have fired coach Luigi Del Neri. For some reason that I don’t understand, Del Neri will still coach Juve against Napoli tomorrow.

“The club told me of their decision during the week,” Del Neri, whose side lie seventh in Serie A after a second season of woe, told a news conference on Saturday. “It is not my defeat. I hope it is the right choice. Good luck to whoever replaces me.”

Former Juve midfielder Antonio Conte, who led Siena to promotion to Serie A this term, is the bookmakers’ favourite to take over.

Conte was at the centre of one of the best midfields in Europe in the 1990s and early 2000s as Juve routinely dominated Serie A and consistently reached the latter stages of the Champions League.