Firing A Manager For Not Winning Is Chelsea’s Strategy 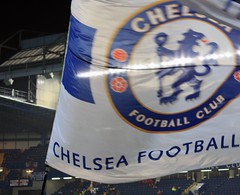 I thought that Peter Kenyon said some stupid things when he was at Chelsea, but the comments by Chelsea chief executive Ron Gourlay surpass anything that Kenyon ever said.

Gourlay was in Asia ahead of Chelsea’s tour there this summer and was asked about Chelsea firing Carlo Ancelotti one year after he won the double.

“Continuity is very important but so is performance and results. Our model may not be the model others agree with but, at the end of the day, we’ve taken the decisions we needed to take to develop Chelsea Football Club and we’ve won 10 major trophies in the last six years [including the Community Shield].”

Gourlay went on to say that finishing second in the league and reaching the quarter-finals of the Champions League was not good enough and that firing Ancelotti was part of the club’s “strategy”.

“Unfortunately, we just left ourselves at the end with too much to do. The expectation was so high after winning the Double [in 2010], our most successful year, so it was a disappointing season but we must not change our strategy.”

I love winning trophies but I also understand that sometimes the ball doesn’t go your way. Injuries and such can sometimes conspire so that you don’t win something, even though you were the best team. To fire a manager because they did not win a trophy in any given year is ludicrous.

You cannot be successful in the long run if you keep changing managers every year or two. You never build up any sort of continuity. And it is not just the first team that suffers, but the whole organization.

Mourinho, for example, believed in playing a certain way, and the Chelsea reserves and academy teams all played that way. He liked a certain type of player for each position and had Chelsea recruit and develop players that fit his mold.

That style of play and player was probably different than what Avram Grant, Luiz Felipe Scolari and Carlo Ancelotti believed in. So how can Chelsea develop players through their academy if they keep changing the style of play and type of players to keep in line with the first team coach? It’s a recipe for disaster in the long run.