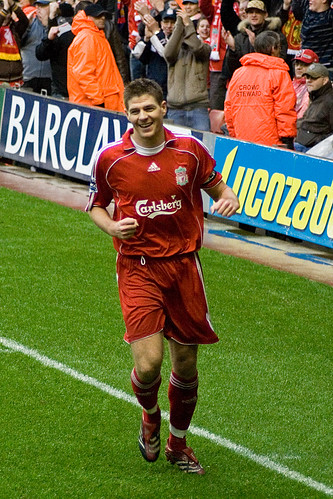 The games are coming fast and furious in the Premier League, with most teams in the middle of a four games in ten days schedule. This weekend is the third game in that four game stretch and there are some crucial six pointers.

Biggest Game: Liverpool v Bolton
It’s been a horrible Christmas time at Anfield and Roy Hodgson faces a must-win game if he has any chance to save his job. Losing at home to Wolves in midweek was bad, but then slagging off the Liverpool fans was just a dumb move by Hodgson.

For all the criticism of Hodgson, don’t overlook the fact that Liverpool’s stars have been either injured (Gerrard and Kruyt) or terrible (Torres and Cole) this season. Regardless of who the Liverpool manager is, these four need to start playing like the stars they are.

Bolton come into the game full of confidence, despite losing to Chelsea in midweek and Owen Coyle must fancy his chances to get at least a point at Anfield. Coyle has transformed Bolton from the physical and long-ball tactics that Sam Allardyce into a free-flowing passing team. Based on current form, Bolton should be leaving Anfield with all three points on Saturday, and that means a new job for Roy Hodgson.

Best of the Rest
Leaders Manchester United , who have dropped 14 points out of 24 away from home this season travel to the Hawthorns to play West Brom. Roberto Di Matteo’s men have lost both their Christmas games so far this year and that number is increasing to three.

If United did slip up, neighbours Manchester City, who play Blackpool, would move to top of the table.

Arsenal , who blew the chance to split the two Manchester sides on goal difference, go to Birmingham seeking to do what was beyond Spurs, Liverpool, United and Chelsea already this term, with another draw perhaps the most likely result.

And back in London, Spurs must show they really are title contenders as they play Fulham. A third straight win for Harry Redknapp’s side, unbeaten in eight, would underline their title ambitions.

The big game at the bottom of the table is between West Ham and Wolves in a battle between 20th and 19th. Avram Grant can get out of the drop zone for the first time in more than a year with a victory but Mick McCarthy’s men must have gained belief and confidence from their victory at Anfield.

Stoke ‘s game with Everton in unlikely to be particularly pretty, while Sunderland, who face Blackburn, will hope to create just a fraction of the chances they squandered against Blackpool. If they do, then you’d fancy Darren Bent to bury at least one of them.

That leaves two games on Sunday. Wigan, four points in the bank already over the Festive programme, are likely to miss the suspended Charles N’Zogbia against a Newcastle side likely to set themselves up for a point.

And at lunchtime, Chelsea need to show that their run of bad form with that win over Bolton as they play an Aston Villa side who is in a complete free-fall.