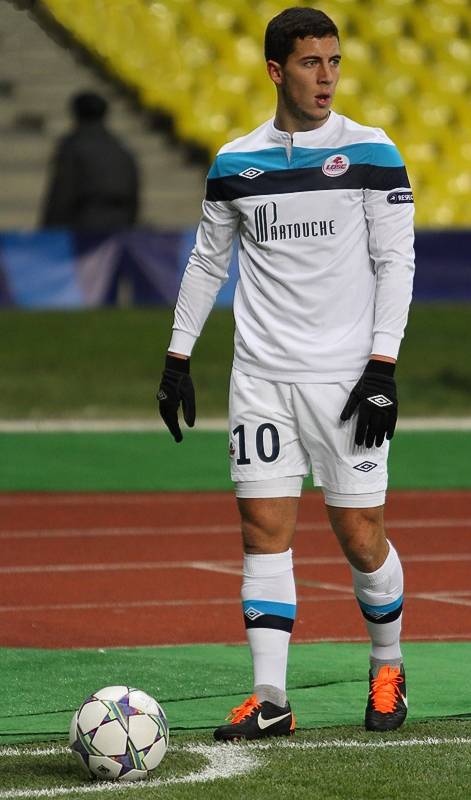 Can this month get any better for Chelsea fans? As if winning the FA Cup and Champions League was not good enough, the best young talent in Europe, Eden Hazard says that he will be playing for Chelsea next season. Hazard snubbed both Man City and Man United in picking Chelsea.

Hazard has enjoyed a hugely successful season in France, where he was named Ligue 1 player of the year for the second season running, scoring 17 goals in 37 league games.

Roman Abramovich has obviously sanctioned the big money move which will cost Chelsea around £78m. Chelsea will pay Lille around €40 million (£35.3 million) for Hazard, who will earn a wage of around £4.6 million a year net of tax at Chelsea (around £9m pre tax. That averages out at £170,000 a week.

In addition Hazards agent, John Bico, who has conducted an aggressive auction has made it clear that he wants a fee of £6 million. Add it all up and you get to around £78m.

Sounds a lot, but considering the wages that Drogba and Anelka were probably on, Chelsea’s wage bill might actually have decreased!!

Hazard’s decision is a huge blow to Manchester City who have spent the last 15 months wooing the player. He was even their guest at the recent Manchester derby

The big question now is what position Hazard will play at Chelsea. Hazard’s success this season for Lille came from playing in the classic ‘No 10’ role, behind a striker. Only problem is that happens to be the position where Juan Mata plays.

So I expect Hazard to start on the left, with German international Marko Marin on the right (signed from Werdeer Bremen for £6.5 million), Mata in the No 10 role and Torres up front. That is a pretty formidable attacking foursome that gives Chelsea, width, pace and creativity that they have been missing really since Robben left.

What do you think of Hazard picking Chelsea over the two Manchester clubs? Does it signify that the power in English future is swinging back to London from Manchester?