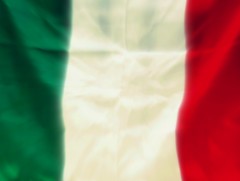 Another sign that the Giant in Turin is awakening is news that Italy coach Cesare Prandelli has picked six Juventus players in his team for tonight’s Euro 2012 qualifier in Serbia.

“The match with Serbia should be a good barometer of our credentials because they are technically one of the best teams in Europe,” Prandelli told a news conference on Thursday. We will be fully motivated because there is strong competition in our squad for spots in the starting line-up and this game is the start of our preparations for the finals. Giuseppe Rossi has shaken off his injury, he went the distance in a very intense training session, so he will start up front alongside Antonio Cassano,” added Prandelli.

Serbia coach Vladimir Petrovic is likely to stick to a more conservative 4-2-3-1 formation.