Real Madrid has no money to spend in transfer window 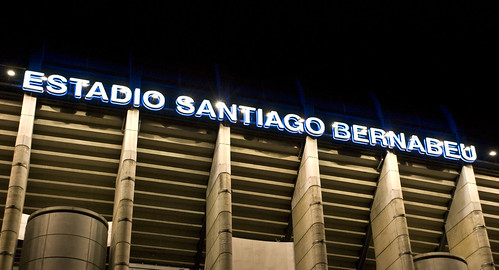 He is the manager of arguably the biggest football team in the world and he has just learnt that his top striker is off to Chicago for a back operation that will rule him out for the rest of the season. So you would expect Jose Mourinho to be lining up a bid for a top-class forward to replace the injured Gonzalo Higuain.

But that is not going to happen, as Real Madrid seem to be pleading poverty.

“I don’t have too many hopes,” said Mourinho on Wednesday regarding the possibility of signing a new striker. “I spoke with the president two days ago and the club – after all the investment last season and again last year – is not really in favour of signing another forward. Because this is Madrid we cannot just sign any player. I only have one striker which is Karem Benzema. The day we don’t have him we will have to play another system.”

Wow Real Madrid is broke!! But don’t feel too bad for Mourinho. Kaka is returning from missing the first half of the season through injury and that is like signing a new superstar.

But Mourinho was brought to Madrid to win trophies and only having Benzema as his one true striker will make that task more difficult.

Plus Mourinho is competing head to head with the best team in Europe at the moment. In order to win anything domestically, Real Madrid will have to beat Barcelona at least twice in the next five months. Once at the Bernabéu in the league and again in the Copa de Rey final. Ironically Real Madrid’s best chance of silverwear this season could be in the Champions League, where other top clubs could take out Barca.