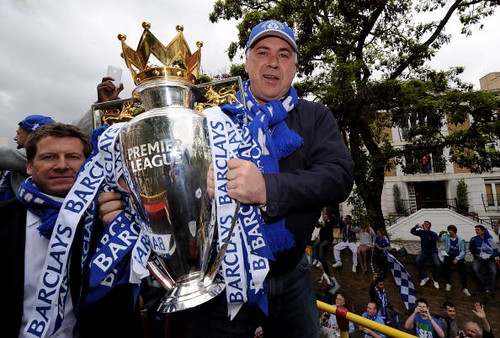 Winners
Chelsea
Written off a week ago by many pundits after losing to Manchester United in the Charity Shield, the champions showed the sort of form on Saturday that won them the title last year. Carlos Ancelotti has helped turn Stamford Bridge back into a fortress and Chelsea have now win their last three home league games by a combined score line of 21-0.

With upcoming games against Wigan, Stoke, West Ham and Blackpool, Chelsea have a great opportunity to pad their goal totals before their season starts in earnest after the Blackpool game when they play Man City , Arsenal and Aston Villa in consecutive games.

Blackpool
No team in recent memory has entered the Premier League with as low expectations as Blackpool. They are expected to finish bottom of the league and challenge Derby’s record of 11 points in the 2007-2008 season. With the thrashing of Wigan on Saturday, Blackpool already possess a quarter of the points that Derby got!

Blackpool probably will still get relegated this season but for one glorious Saturday in August Blackpool gave their fans something to cheer about as they were top of the league for a couple of hours.

Aston Villa
It’s been a tough week for Aston Villa with manager Martin O’Neil walking out on the team less than a week before the season began. The Holt End showed that they are behind owner Randy Lerner and Kevin MacDonald.

Villa have slipped out of most pundits top seven group but Saturday’s performance showed that overlooking Villa this season might be a mistake.

Darren Bent
25 goals in 39 league appearances since his transfer to Sunderland. Tell me again Capello why he did not make the England World Cup squad?

Gareth Bale
Another brilliant performance from someone who is now the best left-footed player in the Premier League.

Joe Hart
Showed why he is the best English goalkeeper. Not James or Green.

Losers
Manchester City
Title contenders? Not on this performance. Man City were a distant second to Spurs and if it was not for the heroics of Joe Hart, Tottenham could have won 3-0.

Roberto Mancini said after the game that he needs more time before we see the real City; “I think we will need one month, maybe two months, to make it work” The problem for Mancini is that City have to play Liverpool (h), Sunderland (a), Chelsea (h) in the next month.

Wigan
When you are a team that is going to be around the relegation zone all season, you need to win your home games against your fellow relegation strugglers. To lose 4-0 to Blackpol on opening day is inexcusable.

Chris Kirkland, Robert Green and Scott Carson
It’s not been a good summer for English goalkeepers.

West Ham
With the end-of-August engagement at Manchester United followed by a date with Chelsea and then a trip to Stoke, next week’s clash with Bolton is the first must-win match of the campaign.

Joe Cole
Lasted less than 45 minutes before getting sent off and will now miss Liverpool’s next three league games. With each passing game, it looks more and more unlikely that Cole will ever be able to regain the form he showed before injuring his knee.

Fulham
Crawling on where they never got going last season: In their 23 away games since that win at Manchester City in April 2009, Fulham have scored just fourteen goals.