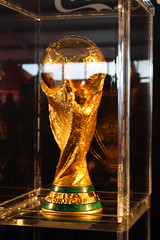 Italy have been drawn against Denmark, Czech Republic, Bulgaria, Armenia and Malta in their 2014 World Cup Qualifying draw. While it is not the easiest of draws it could have been a lot worse as Italy avoided both France and Russia. Regardless, it will be a major shock if Italy does not head to Brazil as group winners.

“We are Italy and our aim in qualifying must be to win the group.” Cesare Prandelli was remaining cautious but he couldn’t hide his satisfaction at having avoided France and several other dangerous teams in qualifying for the 2014 World Cup. After being informed by his collaborators in Rio of the draw that put Italy in Group B with Denmark, Czech Republic, Bulgaria, Armenia and Malta, the Italy manager was asked which team he feared most: “If you name one, then you risk getting a nasty surprise. At the moment I’m concentrating on our qualifying group for Euro 2012, and our task as a team is to keep improving so that we’re ready for that tournament. We have plenty of time between now and when World Cup qualifying starts, but of course being who we are our aim must be to win that group.” FIGC (Italian F.A.) president Giancarlo Abete: “I think it’s a good draw – though we must be careful – considering that we didn’t get either of the teams thought to be the toughest opponents in Pot Two, Russia and France.”

Italy’s Group Opponents
On paper, Denmark is probably Italy’t most difficult opponent. The Danes are led by Ajax’s attacking midfielder Eriksen and Arsenal striker Bendtner. They also have two players amongst their ranks who used to ply their trade in Serie A: former Juventus defensive midfielder Poulsen, now at Liverpool, and ex-Palermo centre-back Kjaer, now at Wolfsburg.

The Czech Republic’s star player is Chelsea keeper Cech. Bulgaria, a team that Italy faced in qualifying for South Africa 2010, should be without Manchester United forward Berbatov, but can still count on the two Petrovs in midfield and Bojinov, who has just left Parma, up front.

Armenia and Malta are theoretically the whipping boys making up the numbers at the tail end of the group. The only player of note in the Malta team is Michael Mifsud, the “Messi of Malta”, who used to star for Coventry. Armenia’s best player is Marcos Pizzelli, who plays for Metarlug Donetsk.