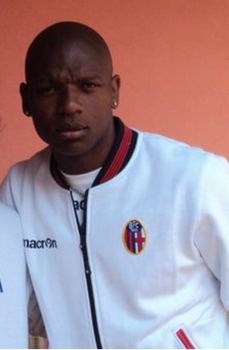 elgian midfielder Gaby Mudingayi has put pen to paper on his Inter contract to officially complete a transfer from Bologna this afternoon.

The 30-year-old Zaire-born player was at the Nerazzurri’s training ground today to complete his medical and sign terms on a three-year contract with Inter.

Previously linked with Napoli, Mudingayi joins Inter on an initial loan basis, with a reported fee of €1.5m agreed with Bologna for the transfer to be made permanent next summer.

“The negotiations were four months long.

“I am sure we (Inter) will challenge for the Scudetto. This can be a truly great showcase for me.

“I don’t have anything to do other than be at a high level, making myself available to the coach and team-mates.”

“To play for a great team like Inter is amazing for any player and a chance to compare yourself with very strong players,”

“Needless to say, when I learned of their interest I was very pleased.”

Mudingayi made 128 appearances for Bologna in four seasons with the club and before that has had spells in Italy with Torino and Lazio.