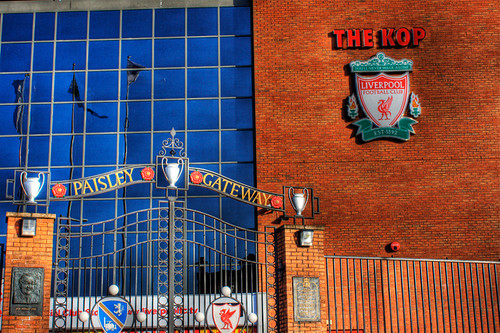 It is only a matter of time before Roy Hodgson is put out of his misery and is fired as Liverpool manager. So who will replace Hodgson? These are the top five candidates to become Liverpool’s new manager.

Kenny Dalglish
King Kenny wanted the job in the summer and is the favorite of the Kop to return as Liverpool manager. The problem is that Dalglish has been out of management for 10 years and a lot has changed in the Premier League in the last decade. If Dalglish does get the job, it will probably be on an interim basis until the end of the season.

Owen Coyle Bolton
Coyle has been brilliant wherever he has been. He got Burnley promoted to the Premier League and has taken Bolton up to seventh in the league while transforming Bolton from a long-ball team into a team that plays good football. The downside to hiring Coyle is that he has no experience working at a big club, but with Damien Comolli already in the Director of Football Strategy role, Coyle would just need to focus on what goes on on the pitch.

Martin O’Neill Unemployed
O’Neil has been successful wherever he has managed and he led Aston Villa to three consecutive sixth-place finishes in the Premier League before quitting just days before the current season started. With his experience at Celtic, O’Neil knows what it is like to manage in a big club atmosphere. The question for O’Neil is whether he can work with Comolli?

Frank Rijkaard Unemployed
Rijkaard coached Holland to the semi-finals at Euro 2000 before taking over at Barcelona, where he restored the club to its former glories, transforming them from mid-table underachievers to an exciting, attacking team that won La Liga and the Champions League.

Andre Villas Boas Porto
The best non-British manager in football is Jose Mourinho and Villas is a mini-me of Mourinho. Villas was part of Mourinho’s backroom staff back at Porto, and followed him to both Chelsea and Inter Milan, where Jose described him as his “eyes and ears”. His Porto team are now top of the league and are unbeaten in 36 games, which actually breaks Mourinho’s 33-match record. Villas probably would not be available until the summer, which might allow King Kenny to step in at give Anfield a lift until the end of the season.

Who do you think will be the next Liverpool manager?