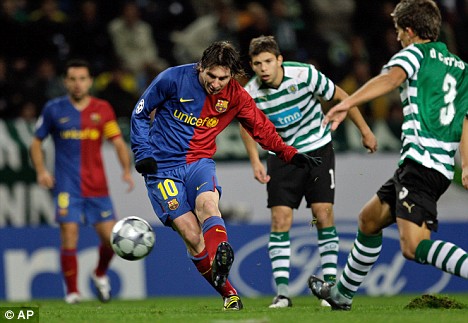 Atletico Madrid was able to grossly out shoot their opponent in this one with 10 shots on target to APOEL’s 1.  But in the end neither club could score and Atletico Madrdi remains a squad struggling to find the net.  Next match will be against FC Porto who just lost to Chelsea, so both clubs need a win in that battle.

Madrid was firing on all cylinders as the boys put up an impressive display of five goals in their debut group table match.  Ronaldo would fire two different free kicks into the goal as Madrid presented a relentless attack on the weaker opponent.  Next match for los galicticos will be against French squad Marseille who look to avenge their early 2-1 loss to Milan.

Luis Fabiano would take the early lead in this one and Sevilla would get one more goal from Renato and that would be more then enough for the excellent defensive squad.  Sevilla would win 2-0 and the most impressive statisitic was that the defense never allowed a shot on target all game.  It was the perfect result for the squad.

In what was maybe the most anticipated match of the season neither club could surprisingly find the net.  The match finished a 0-0 draw with both clubs only achieving three shots on target each.  With all the stars and personal rivalries in this one it was projected to be a game filled with nonstop action, but it appears that this match was not all that it was cracked up to be.  Both clubs survive with a point though.