The Spanish giants won the competition for a record sixth time by beating Inter 3-2 in the showpiece event in Germany.

Sevilla saw off Manchester United 2-1 in the semi-finals to set up the clash with the Italian giants, who thrashed Shakhtar Donetsk 5-0 in their last-four tie.

Antonio Conte’s free-scoring Inter side got the opener at the RheinEnergieStadion, with Romelu Lukaku netting his 34th goal of the season from the penalty spot with only five minutes on the clock.  Read more... (511 words, estimated 2:03 mins reading time)

Manchester United will sit out the opening weekend of the new Premier League season – before facing a tough run of fixtures through September and October.

Following United’s prolonged run in the Europa League, Ole Gunnar Solskjaer’s side will sit out the opening round of the new campaign.

With their trip to Burnley postponed, United will instead start the season against Crystal Palace at Old Trafford on the weekend of September 19.

After then visiting Brighton, United face a tricky set of games.

A meeting with Tottenham will be followed by a visit to Newcastle and then games against Chelsea, Arsenal and Everton.  Read more... (942 words, 1 image, estimated 3:46 mins reading time)

Manchester City will skip the opening weekend of the Premier League season and will start the campaign on September 19 at Wolves.

Along with neighbors Manchester United, City have been permitted to sit out the first weekend because of their late finish to the 2019/20 season due to their Champions League exertions.

City will instead feature just twice in the Premier League in September – the trip to Wolves followed by their first home match of the season against Leicester.

An away date at Leeds will take place at the start of October before the international break, meaning that City will have only played three times in the league before the clash with Arsenal on October 17.  Read more... (910 words, estimated 3:38 mins reading time) Tottenham will host Everton in their opening fixture of the 2020/21 season, before a trip to Southampton and a home game against Newcastle.

Spurs’ first test against the traditional ‘big six’ comes against Manchester United on October 3. The following month, they face Manchester City at home and Chelsea at Stamford Bridge.

The first north London derby will take place at the Tottenham Hotspur Stadium on December 5, while the reverse fixture at the Emirates is scheduled for March 13.

The new White Hart Lane is the best stadium in Europe and we have tickets to all of the Spurs home games.  Read more... (607 words, 1 image, estimated 2:26 mins reading time) Liverpool then host Arsenal on September 26, then go to Aston Villa on October 3.

That’s followed by the first Merseyside derby of the campaign on October 17 at Goodison Park, following the international break. The return Merseyside derby at Anfield is scheduled for February 20. Chelsea will kick-off their 2020-21 Premier League campaign with a trip to the south coast to face Brighton on Monday, September 14 in an 8pm kick-off.

Frank Lampard’s side then host champions Liverpool on the second weekend before heading to newly-promoted West Brom. They face a tough trip to London rivals Arsenal on Boxing Day.

The Blues will finish off their campaign with a daunting run-in: games against Manchester City, Arsenal and Leicester are followed by a trip to Villa Park on the final day of the season on May 23.  Read more... (655 words, estimated 2:37 mins reading time)

The 2020-2021 Premier League schedule has been released and Arsenal have been dealt a tricky October period as they face Manchester City, Leicester and Manchester United all in the same month.

Mikel Arteta’s side will also have their eyes set on December 5 and March 13, the two dates for the North London derby against Tottenham; with the latter being held at the Emirates.

Arsenal also have been set up with a blockbuster Boxing Day clash against London rivals Chelsea. They open their season against newly-promoted Fulham on September 12.  Read more... (765 words, estimated 3:04 mins reading time)

Everton will begin their 2020/21 Premier League season with a trip to face Tottenham while the first Merseyside derby of the new campaign takes place at Goodison on October 17.

Carlo Ancelotti’s side will be looking to improve on finishing 12th last term, and they will hope to get off to a fast start with West Brom the visitors in their first home game on September 19 followed by a trip to Selhurst Park to face Crystal Palace on September 26.  Read more... (269 words, estimated 1:05 mins reading time) Crystal Palace begin their 2020-21 Premier League campaign by hosting Southampton on August 12 but face testing trips to Manchester United and Chelsea in their opening four games.

The Eagles host rivals Brighton in their fifth game on October 17 and head to the Amex on February 13.

In a tough end to the season, Palace host Arsenal before heading to champions Liverpool on the final day on May 23. 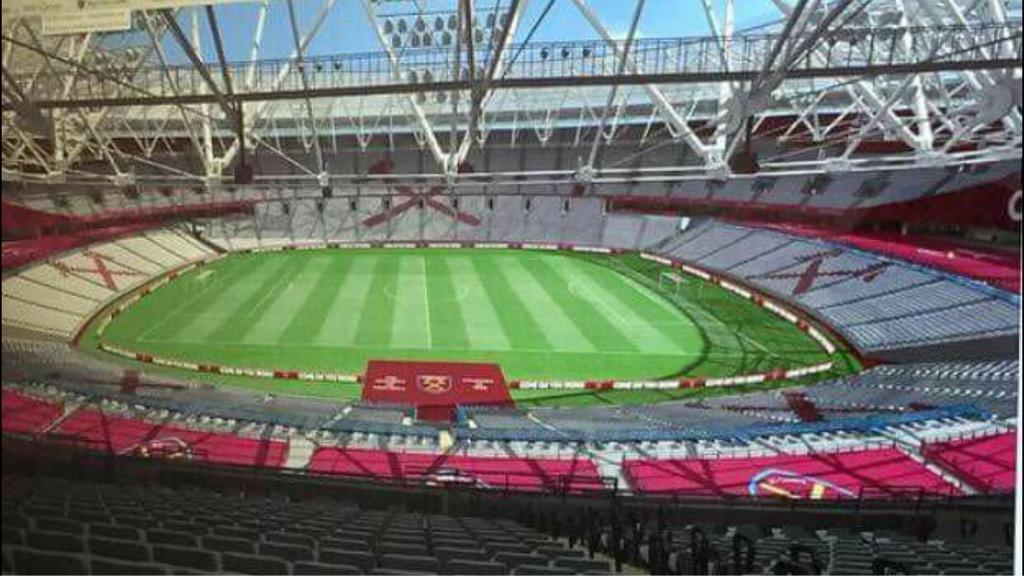 West Ham will open their Premier League campaign at home to Newcastle on September 12 before facing Arsenal at the Emirates Stadium the following weekend.

October’s schedule looks particularly challenging as West Ham travel to Leicester, Tottenham and Liverpool with their only home fixture that month coming against Manchester City – who beat them 5-0 at the London Stadium on the opening weekend of last season

The trip to Chelsea comes on December 19 with the reverse fixture at home on April 24. Tottenham make their visit on February 20.  Read more... (279 words, estimated 1:07 mins reading time)