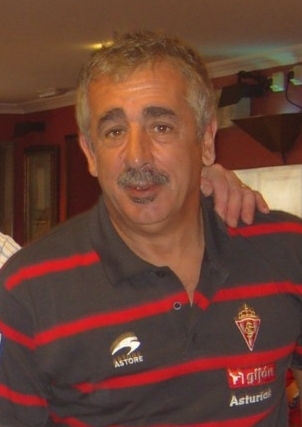 Shocking news today that Villarreal coach Manuel Preciado has died of a heart attack, just one day after joining the team. Preciado had been scheduled to be introduced to the media Friday at Villarreal.

Preciado, a native of the Cantabria region in northern Spain, began coaching in the third division in 1995. He led Levante from the second to the first division in the 2003-04 season, and also guided Sporting back to the topflight for the first time in ten years in 2007-08.

He coached Sporting for a total of five and a half seasons before a poor start last year led to him being fired midway through the season. Sporting did not recover and was relegated, along with Villarreal and Racing.

“We will give support to his family, and we will all try to respect their feelings and help them in this difficult moment,” he said.

Preciado’s sudden death led to an outpouring of emotional responses from Spanish clubs, coaches and players. Real Madrid was one of several teams to express its condolences to his family along with the Spanish soccer federation.

Madrid coach Jose Mourinho, who suffered his first home defeat in league play in nine seasons last year to Preciado’s Sporting and with whom he had a public spat before later reconciling, said Preciado “was always a dignified rival.”

“He had everything I like in people and sportsmen: character, honesty and the courage to fight on,” Mourinho wrote in an open letter published on Madrid’s website.

Mallorca coach Joaquin Caparros said he broke into tears on hearing the news.

“I was so happy for him joining Villarreal,” he said. “I am sure he would have taken it back to the first division. He should be a reference in the world of coaching.”

Spain coach Vicente del Bosque had this to say from Poland where he is preparing his team for the European Championship.

“We are all shocked.

“We were having breakfast and we were all taken back by the news,” he told Spanish radio Marca. “He was a caring person and a great sportsman. He was a man of football that was an honor to coaching.”