Barcelona Closing In On Jordi Alba 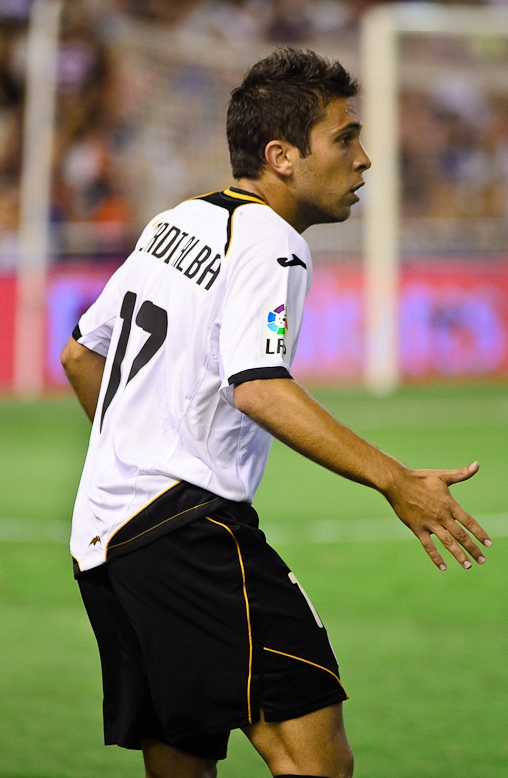 It is looking that Valencia left-back Jordi Alba will be signing for Barcelona after the Euros are finished.

Alba, who is currently away with the Spanish national side ahead of Euro 2012, is reportedly on the verge of joining Barca for a fee in the region of €12 million.

Barcelona striker David Villa is hopeful the deal will be completed for the 23-year-old, who can also play on the left wing saying:

“He’s one of the people I get along best with and he has had a spectacular career and it is not only Barcelona that would want him, but every team,” the forward told reporters at a press conference on Wednesday.

“You always want to have players like this with you. He has incredible versatility and is in great physical condition.”

Alba, asked about his future on Wednesday, suggested he would relish a switch to the Camp Nou.

“[The rumors are] neither pleasant nor uncomfortable,” the 23-year-old Catalan told RAC 1. “I always said that Barca is the team that plays the best football and they have very good players, who are also here with the national team.

“I get along very well with the Barcelona players, but also with other [Spain] teammates. I want to focus on the national team and see what happens. A lot of things are being said but, personally, I’m concentrated on what’s happening here.”

This is a good signing for Barca, who needed someone to replace the retired Eric Abidal at left-back and Alba certainly fits the bill. He knows the Barca style of play from his time with the Spanish national team and should fit right in at the Nou Camp.

Last summer Barca ignored the defensive holes they have, signing Sanchez and Fabregas while ignoring the need for cover for Pique and the aging Puyol. Barca cannot afford to do that this summer. They need to know sign a quality center-half. These signings might not be a sexy as Sanchez and Fabregas, but they are essential if Barca is to get back to winning trophies next season.