Tough Start To The Season For Bayern Munich 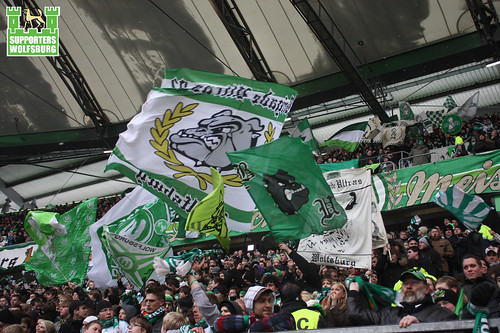 The Bundesliga did Bayern Munich no favors when it released its fixture list this week. The German season kicks off on the 20 August when Bayern will meet the 2009 league winners VfL Wolfsburg at home. .

“The opening Bundesliga match between the current and former champions boasts a certain tradition since last season,” commented FCB chairman Karl-Heinz Rummenigge. “The game against VfL Wolfsburg is a tremendous opening fixture, for the league as a whole, and for Bayern and our fans. As champions, we’ll obviously want to start the season on a positive note, which means beating Wolfsburg.”

“Wolfsburg are one of the teams who could be in the running for the title,” FCB coach Louis van Gaal declared, warning of the threat posed by the Wolves under new boss Steve McLaren. “They don’t have very many players at the World Cup, which is not to Bayern’s advantage,” Van Gaal continued. Eleven Munich men are still involved in South Africa and will not resume training at the club until two and a half weeks before the opening fixture.

Bayern then follow that up mouth-watering opener by travelling to newly promoted Kaiserslautern before returning home for a repeat of the DFB Cup final against Werder Bremen, and then they play FC Köln.

Last season’s 2.Bundesliga champions Kaiserslautern face a trip to Cologne while fellow new-boys St Pauli go to Freiburg. Nurnberg, who beat Augsburg in a play-off to retain their place in the top flight, visit Borussia Monchengladbach.

The German season opens on August 7 with the re-introduction of the Super Cup, back after a 14-year absence, between Bayern and Schalke. The curtain-raiser traditionally pits the champions against the DFB-Pokal winners but Bayern’s double means Bundesliga runners-up Schalke get the nod.