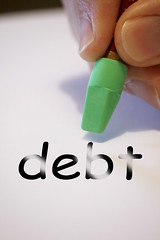 Real Zaragoza have applied to the courts to go into voluntary administration in a bid to sort out their finances.

Zaragoza avoided relegation on the final day of the season last month and have sought protection from creditors while they put together a new plan to deal with a net debt of 110 million euros ($161 million).

“(The club) is faced with the reality of a cash flow imbalance,” Zaragoza said in a statement. “The principal origin (of the problem) lies in the losses the entity suffered when they were relegated three seasons ago, and in the economic effort made to achieve an immediate return to the Primera division one year later. Real Zaragoza are confident that this measure will mark a before and after in the project…and will allow them to achieve an economic viability that will translate into sporting success in the short term.”

Zaragoza are simply the latest Spanish sides to go into voluntary administration.

A year ago, Real Mallorca went into voluntary administration with debts of around 85 million euros and were barred by UEFA from entering the Europa League.

Hercules, who finished 19th in La Liga and were relegated last month, have also applied to go into administration.

Second division champions Real Betis are in administration while promoted runners-up Rayo Vallecano have just been taken over by a new owner after the previous bosses had applied for protection from their creditors.

According to a study by University of Barcelona professor Jose Maria Gay, the combined debt of the 20 La Liga clubs had grown to around 3.5 billion euros at the end of the 2008/09 season.