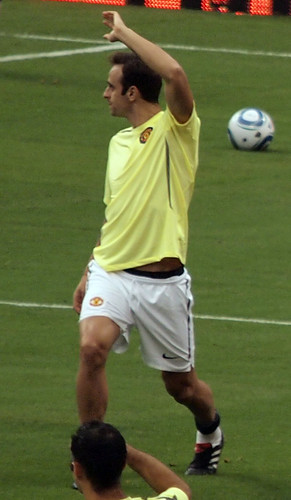 Lee Bowyer scored a contentious 89th-minute equalizer Tuesday to give Birmingham a 1-1 draw with Manchester United, which stays unbeaten but only leads the Premier League on goal difference.
Bowyer bundled in the ball from close range after Nikola Zigic had appeared to use his arms to control a cross from Stephen Carr.
United forward Dimitar Berbatov had earlier scored a season-high 14th goal, flicking the ball to Darron Gibson before drilling the return pass beyond defender Roger Johnson and inside the near post in the 58th minute.
United is unbeaten in 18 matches but only leads Manchester City by virtue of having scored six more goals, although it has played two games less. City beat Aston Villa 4-0 earlier Tuesday.