Manchester United have signaled their intent to be title challengers next year with the news that they have signed PSV star Memphis Depay in a deal valued at £25 million (€31 million).

The 21-year-old has attracted interest from most of Europe’s big clubs after scoring 21 goals and registering four assists for Phillip Cocu’s dominant title-winners. Depay as part of Louis van Gaal’s Dutch World Cup side last summer and United have been strongly linked with the exciting forward for months.

‘We are very proud of this upcoming transfer. Memphis has gone through all the teams of the PSV youth academy and has played an important part in us winning the league title this season.

‘He’s a wonderful product of our club. He’ll make a good transition to a magnificent club in a beautiful competition. We obviously lose fantastic player, who is of great value to the team but we are very happy to grant him this move.’

Depay is exactly what United need. A winer who love to attack defenders. His 139 attempted take-ons in the league this season show his appetite to run at defences with the ball. 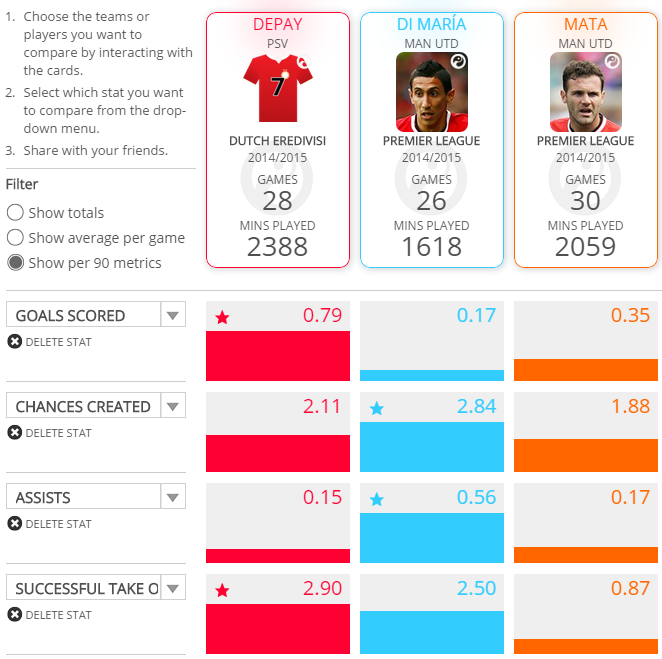 In addition to his goalscoring and dribbling prowess, Depay has proved to be one of the most creative players within PSV’s ranks. The young Dutchman has created 56 chances domestically, a figure which is better than any current Manchester United player.

What do you think of the signing of Depay United fans? Are you happy to see van Gaal doing his transfer business early this summer?