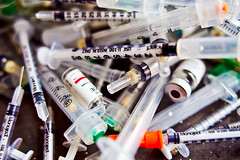 Former Barcelona president Joan Laporta says that is was Real Madrid executives who were indeed behind the recent doping allegations against Barcelona, despite recent statements from current Barca officials that refute talk of Real Madrid’ involvement, AS reports.

Spanish radio station Cadena Cope sparked controversy recently when it reported that Barcelona had links to doctors with questionable reputations and that drug testing should be taken more seriously in La Liga.

Cope cited an unnamed Real representative as the source, but Real president Florentino Perez phoned his Barcelona counterpart, Sandro Rosell, to assure him that Real had nothing to do with the allegations.

However, Laporta has told Catalunya Radio:

“It is clear that Real Madrid are behind the doping accusations against Barcelona. I don’t think it was enough that he (Rosell) excused the president of Real Madrid (Perez) because he had a telephone conversation with him.”

Laporta said that Real Madrid president Florentino Perez is the person responsible for leaking information to the press and demanded an official apology: “It is high time to apologise,” he said.

Laporta, who was replaced by Sandro Rosell at La Blaugrana, was also scathing of the current Barca board, claiming they had failed to defend their innocent players as well as the overall image of the club.

“They must defend their players over the allegations and [be] less angry.”

Barcelona have said that they are in the process of taking legal action against Cadena Cope over the doping allegations, despite the radio station retracting its statements.

Doping is a hot topic in Spain at the moment after the Spanish winner of the Tour de France last year, Alberto Contador, failed a drug test during the tour. While he was recently cleared of doping, that result will probably be appeared by the UCI. Contador is just the latest in a long line of Spanish cyclists that have been caught doping, and the big question is whether those medical practices that have been used in cycling have been introduced into football?