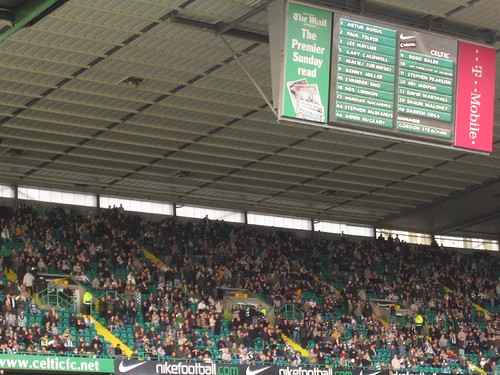 It was a surprise when Celtic announced that they had hired Tony Mowbray as their manager in the summer. Mowbray was fresh of leading West Brom to relegation from the Premier League.

Mowbray is not a good manager and it was not a surprise when Celtic fired him after nine months in charge. Celtic are ten points behind Rangers and were thrashed 4-0 by St. Mirren last night.

“On behalf of the board and everyone at Celtic Football Club, I would like to offer Tony Mowbray my thanks and sincere best wishes for the future. Tony is held in great affection by Celtic fans and it is obviously with great disappointment that we make today’s statement. During his period here, Tony has always acted with great dignity as he has done today. We are all Celtic supporters, faithful through and through, Tony included. We are all disappointed at the way things have gone this season. However, as supporters, we will collectively build again to re-establish the club to its pre-eminent position within Scottish football.”

“This is a very sad day for everyone at Celtic. Tony is a very fine man and someone who I know is passionate about the club he served so well as a player. Clearly, we have had a difficult season and results have not been as we would have hoped. Tony is equally disappointed at some of our results this season but, working so closely with him, I know that throughout his period as manager he has always given the club his total and absolute commitment. Tony will always maintain a strong affection for Celtic and I am sure he will always be highly thought of within the Celtic family. He is a man who demonstrates decency and integrity in everything he does. I have enjoyed an excellent relationship with him and I certainly wish Tony, Mark Venus and Peter Grant all the very best for the future.”

Neil Lennon has been appointed interim manager and Celtic will once again be looking for another manager this summer.