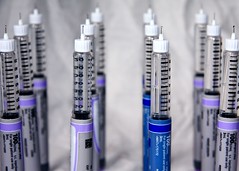 Mexico’s chances of repeating as Gold Cup champions just got a whole lot harder with the news this afternoon that starting goalkeeper Guillermo Ochoa and four of his teammates have been removed from the Mexican national team after testing positive for the substance “Clenbuterol”.

In addition to Ochoa, the other players who failed the drug test are Francisco Javier Rodriguez, Antonio “Sinha” Naelson, Christian Bermudez, Edgar Duenas. They all face a possible suspension of up to a year.

It should be noted that none of the players have been formally suspended from the Gold Cup, just removed from the Mexican team as a precaution. That means that there is still the possibility the players could return if a logical and legal explanation for the initial failed tests is found.

In a press conference earlier today, the Mexican Football Federation speculated that the players consumed chicken that was tainted with the drug. They have requested that they e allowed to field replacement players for the rest of the Gold Cup.

Usually when a player fails a drug test, the team cannot be replace him, but I cannot remember a situation in soccer when so many players failed a drug test at the same time.

If these players cannot be replaced then any chance that Mexico had of repeating as Gold Cup Champions will vanish. That is good news for American soccer fans, as the U.S. and Mexcio were expected to meet in the final on June 25th.