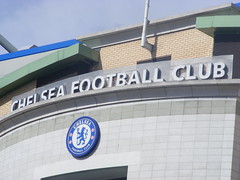 In his first press conference as Chelsea manager, Andre Villas-Boas said that he wants to create a culture of attacking, successful football, similar to how Porto played last season:

“In my small past experience I was able to manage Academica and Porto in a very successful way, thanks mainly to the quality of the players I had and we were able to play good quality football. From the technical staff you see in front of me, you see like in an appointment like Roberto with the way his team played last year, and all of my technical staff that has followed me from before, and Steve Holland, these are people that like quality in the game and have a philosophy in their game and like to play well.

“It is not just a question of winning, it is a question of winning with a certain amount of flair. Everybody likes attacking football, the Premiership is the most exciting league in the world. It is a league where a certain amount of goals happen in every game and we want it to be like that. We have people who most of all defend to the death a philosophy that the game should be an entertaining game for the fans and that will be one of our main focuses as well.”

“We are proud defenders of the beauty of the game, it makes no sense for us to get into a club like this and play dreadful football,’ he argued. ‘People like quality of football, that’s why this technical staff was picked, based on a philosophy of playing well and playing as a team. But you have to adapt to the English culture, the way this game runs, the speed of the game, the objectiveness of this game. Putting the two together is our challenge and hopefully we will be up for it.”

I really hope that AVB can incorporate winning and an attacking style at Chelsea. I know it is something that Roman Abramovich craves. When Mourinho first came to Chelsea and had Robben and Cole on the wings, Chelsea were a joy to watch. And they won. While the Blues have been successful since then, they have never approached that level of flair on a consistent basis. Hopefully that will happen under AVB.