Blackpool and Chelsea win in style 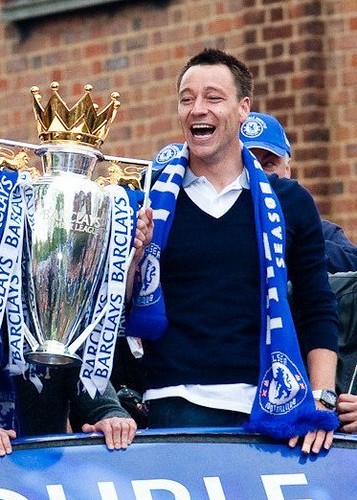 What a day it was for Blackpool fans. After waiting all summer, the team that everyone has tipped to get relegated, went to Wigan and thrashed Wigan 4-0 to move top of the Premier League for a couple of hours.

This was a great performance by Blackpool who were dominant from the start with Gary Taylor-Fletcher on his own at the far post where he tucked home Marlon Harewood’s 16th-minute cross. A terrible mistake from Latics skipper Chris Kirkland gifted Harewood Blackpool’s second before the burly striker added another two minutes before the break. The fourth arrived when an attempted cross from Alex Baptiste deceived the blundering Kirkland to creep in at the near post, completing a remarkable result.

For two hours Blackpool lead the Premier League, that was until the champions played. Picking up where they left off last season Chelsea hammered West Brom 6-0 with Didier Drogba getting a hat-trick.

Florent Malouda got Chelsea off on the right foot after only six minutes, then a Drogba free-kick doubled the lead on the stroke of half-time. The second half was one-way traffic as Drogba netted from close range with Frank Lampard making it 4-0 just after the hour. Drogba’s deflected effort and a last-minute strike from Malouda sealed an emphatic win for the champions.

Manchester City’s summer spending spree may have rocketed past the £100million mark but they could still only launch the season with a goalless draw at Tottenham. The opening match of the new top-flight season gave little indication of City’s ability to challenge for the title.

They survived a first-half onslaught from Spurs with Joe Hart fully justifying his new position as City and England number one with a succession of world-class saves. Hart denied Jermain Defoe, Tom Huddlestone and Benoit Assou-Ekotto, while Gareth Bale also hit the post.

City’s multi-million-pound summer signings were anonymous in the first half but finally turned up after the break, though it was Shaun Wright-Phillips who had their best chance.

Stewart Downing, Stiliyan Petrov and James Milner ensured Aston Villa began life without Martin O’Neill with a resounding 3-0 win against West Ham. West Ham’s defending was comical at times and Villa surged ahead in the 15th minute when Robert Green parried Ashley Young’s fierce cross out to Marc Albrighton, who volleyed the rebound goalwards and forced the West Ham keeper into a diving save.

Green could only push the ball to Downing who scored from the six-yard line and he was beaten for a second time by an emphatic header from Petrov. Manchester City target Milner scored what could possibly be his last goal for managerless Villa when he struck from the edge of the area.

Birmingham fought back from two goals down to secure a 2-2 draw against 10-man Sunderland, who saw captain Lee Cattermole dismissed for two yellow cards. Sunderland opened the scoring when Fraizer Campbell was brought down by Stephen Carr and the penalty was rifled home by Darren Bent.

Cattermole was sent off with two minutes of the first half, but Sunderland still added a second through an own goal from Carr. Birmingham pulled one back thanks to a header from Scott Dann and the comeback was completed when Liam Ridgewell bundled home the equaliser during a frantic scramble for the ball. Great point for Birmingham and two terrible dropped points for Sunderland

Striker Nikola Kalinic capitalised on an error by Tim Howard, who dropped a routine cross, to secure Blackburn a 1-0 victory against Everton at Ewood Park.

And a superb goal from David Jones helped Wolves to a 2-1 triumph in their home clash with Stoke. Karl Henry passed a free-kick to Jones, who lifted the ball and crashed home a 20-yard looping shot on the volley. Steven Fletcher doubled the score with a header at the far post before Stoke pulled one back when Abdoulaye Faye nodded in a cross.

Mark Hughes’ first match as Fulham manager finished in a goalless draw at Bolton. Arsenal target Mark Schwarzer, who has handed in a transfer request, was left out of the Fulahm squad with David Stockdale taking the gloves.