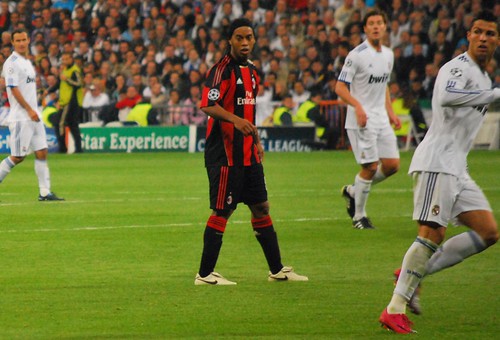 Ronaldinho is currently in Brazil where he was expected to sign with Gremio, his first club. The problem for Ronaldinho is that Gremio can only offer him wages of about £27,000 a week. That figure would be increased by a variety of commercial deals, but even then Ronaldinho is expected to earn between £70,000-£90,000 a week. By comparison, the second and third years of his Blackburn contract would be worth around £138,000 a week, or basically double what he can make in Brazil.

Blackburn boss Steve Kean is obviously excited about the possibility of signing a major star like Ronaldinho saying on the Blackburn web site:

“I know there has been contact made by the owners to representatives of Ronaldinho but I don’t know how far down the line it is and whether it will actually happen. If any Premier League manager was asked if they wanted to sign someone who has been World Player of the Year twice they would be interested. That is something that puts us on the map in terms of trying to bring players of that stature to the club. Everyone should look as it as a positive because if we can attract players – maybe not that individual if it doesn’t happen – but players of that stature I think it has been a long time since we have been able to do that.”

I thought that Ronaldinho going back to Brazil to finish up his career was a done deal. But the Rovers deal is so much more money I wonder if Ronaldinho can turn that down. Blackburn is offering him at least £10m more over three years than he can make in Brazil. That is a huge difference.