Tottenham’s Scott Parker Out Until September After Achilles Surgery 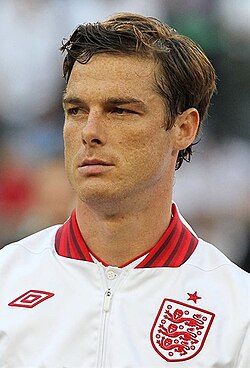 He needed pain killing injections in order to play for England this summer at the Euro’s and Tottenham Hotspur’s Scott Parker is paying for that decision now. Parker will miss the Premier League kick-off next month and he is expected to be out of action for six weeks.

By having the surgery now Parker will miss Spurs’s first three Premier League games against Newcastle, West Brom and Norwich. He should be fit for the Reading game on September 15.

Parker will also miss England next three internationals; next month’s friendly against Italy and the September’s World Cup qualifiers against Moldova and Ukraine.

His extended absence is the latest blow for a Spurs midfield which is already expected to be hit by the exit of Real Madrid target Luka Modric.

Speaking in the USA, where Tottenham are on a pre-season tour, Spurs manager Andre Villas-Boas said:

“We think there might be a small tear on his Achilles.

“We are evaluating the situation at the moment with regards to an operation, which would take four to six weeks to heal.

“It is a situation that also depends on our ability to have the player in surgery as quickly as possible. That’s what we are trying to work on.

“It’s a difficult one. We have to wait to see whether we can all get it together as quickly as possible.

“Hopefully we will be able to get the Achilles open and see the extent of the injury.”