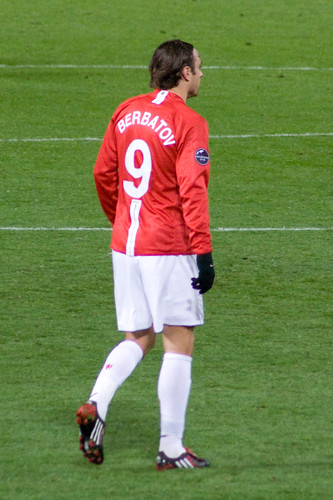 Berbatov put United ahead against Sunderland with a fifth-minute header from Wayne Rooney’s cross and scored again on 57 minutes following Anderson’s clever flick.

Carlos Tévez also struck twice as Manchester City moved into second with a 3-1 victory at Newcastle United. However, Arsenal will go back ahead of City on goal difference with victory on Monday against Chelsea.

West Ham United are off the bottom after their first away win of the season, 3-1 at Fulham. In their place are Wolves, beaten 2-1 by Wigan Athletic, out of the relegation zone at Fulham’s expense.

Liverpool’s trip to Blackpool and Everton’s match with Birmingham City were postponed. This is a busy holiday season for Premier League game with a full slate of games on Tuesday and Wednesday.