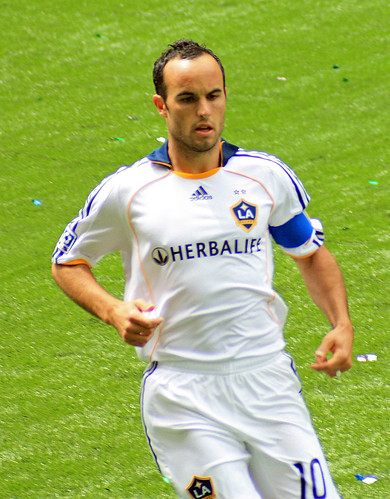 In a bit of a surprise Landon Donovan has ruled out a loan move to Europe in the January transfer window. Donovan enjoyed a successful loan spell at Everton at the start of the year and was widely expected to be heading back to Merseyside in January.

After coming back from the World Cup this summer, Donovan struggled to regain his best form, and it looks like Donovan and the Galaxy have decided that rest is what he really needs this Christmas.

“While I enjoyed my time at Everton last season and still appreciate all the support their fans have given me, I feel that it is important to continue to rest and recover this off-season as opposed to going on loan,” Donovan said on Galaxy’s official website. “I never considered being loaned to a club other than Everton, but I have been playing nearly non-stop for the past two years and I believe that this decision will allow me to perform at my best for the Galaxy and the national team throughout the upcoming year.”

“We think in the best interest of the club and the player that Landon continues his post-season break and begins preparations for what will be a challenging year in 2011 at both the domestic and international levels. We expect Landon to join our club for the start of pre-season training next month as we begin to prepare for the 2011 MLS season.”