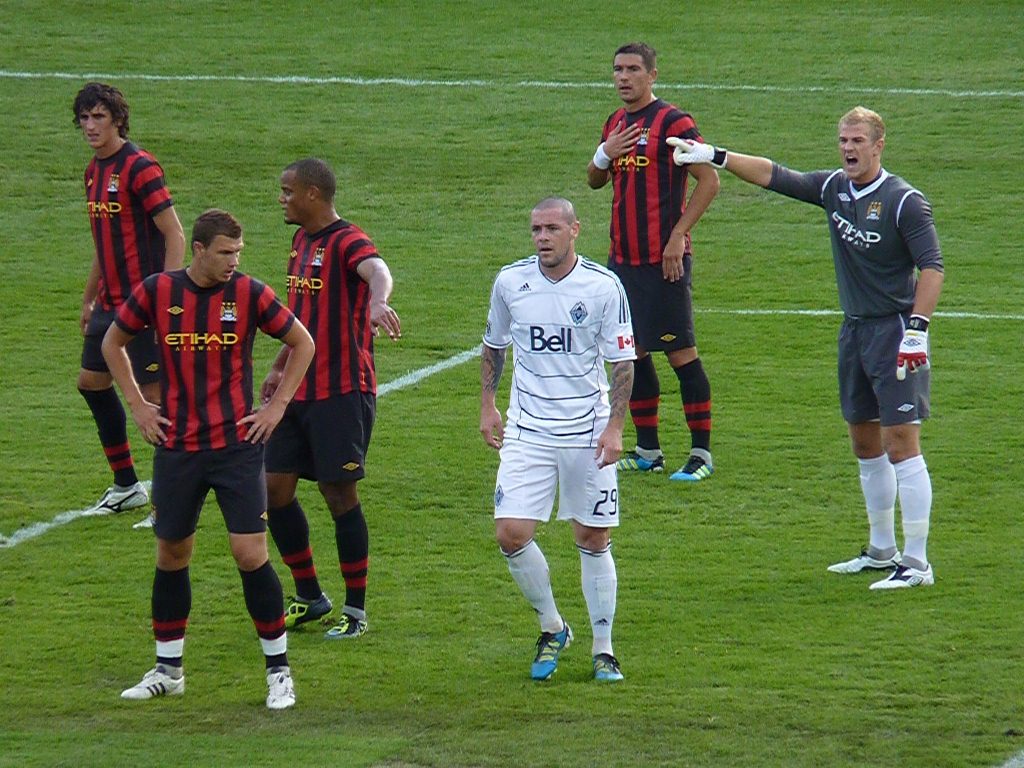 Manchester City goalkeeper Joe Hart could not hide his frustration after Manchester City lost 3-2 at Real Madrid despite leading 2-1 after 85 minutes.

“Who else can we blame? We can only blame ourselves.”

Twice City led in the game, only for some defensive naiveity to cost them and that is what seemed to have upset Hart the most.

“They’re a very good team; so are we” Hart continued.

“We dug deep, got a lead twice and we lost it, so we can only blame ourselves.

“It’s hard to come off the field after losing 3-2 and be positive. I’m really sorry.

“We’re not a team that should come here and pat ourselves on the back for doing well.

“We’re a team that gets results.”

One person not amused with Hart’s honest assessment of the defeat minutes after the final whistle was his manager, as Roberto Mancini felt that his goalkeeper should keep such remarks to himself. Speaking in his post-match press conference, Mancini said:

“Joe Hart should stay as goalie and finish.

“This shouldn’t have happened because if you want to win big trophies you shouldn’t lose this game.

“I hope we can get stronger because it was almost like we had not enough experience.

“We were 2-1 and in three or four minutes we gave away two goals. It was too easy…too easy.”

Obviously a bitter defeat for City and it will be interesting to see how they react this weekend as they play Arsenal at home on Sunday in a massive Premier League match.