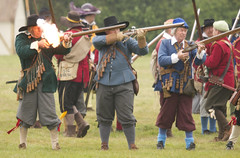 It is getting close to all-out war in Birmingham between bitter-rivals Aston Villa and Birmingham City.

The source of the tension between the two clubs is Alex McLeish is shocked City by resigning on Sunday. Birmingham say that McLeish was tapped up by Villa and that is why he resigned.

Aston Villa say that they plan to interview Alex McLeish “imminently” for their managerial vacancy.

“The club understands that Alex McLeish is a free agent,” said a Villa statement on Tuesday. “We therefore intend to interview him imminently. We are determined, still, not to allow that three-and-a-half-year post [at Birmingham] to disqualify him should he be the best candidate for the role of Aston Villa manager,” added Villa. From the beginning of our search, we have set out criteria based on proven Premier League experience, compelling leadership, an ethic for hard work and, most importantly, sharing our vision for Aston Villa.”

But Birmingham responded by immediately releasing their own statement, accusing Villa of “tapping up” McLeish and saying they would lodge a complaint.

“Birmingham finds Villa’s announcement to proceed with an interview with Alex McLeish a contempt of Premier League and FA rules. The club feel this will taint football and give the game and the footballing authorities a bad name if this is allowed to materialise. We will lodge a formal complaint as there is now not the slightest doubt remaining about this tap up attempt. This conduct, if condoned, will open up floodgates and set a very bad precedent. It is also an attack against the intelligence and integrity of not only the Villa fans, but most importantly our fans who are badly let down after relegation.”

I must admit that I don’t understand Villa’s fascination with McLeish.  Not that McLeish is a bad manager, he has a good track record at Rangers, Scotland and Birmingham. But why go after the manager of your biggest rival? The Villa fans will never accept McLeish. So why go through all this to get someone your fan base is very much against.

If Villa do hire McLeish, that will not be the end of this story. I have no doubt that Birmingham will sue Villa and McLeish for compensation.  Ultimately that is what this is about for Birmingham. I don’t think they are really too upset that McLeish quit. What they want is £5.4million compensation.

And that is a lot of money for Villa to pay for a new manager, especially one who is not even the best one available.