Freddie Ljungberg experiment in Seattle coming to an end 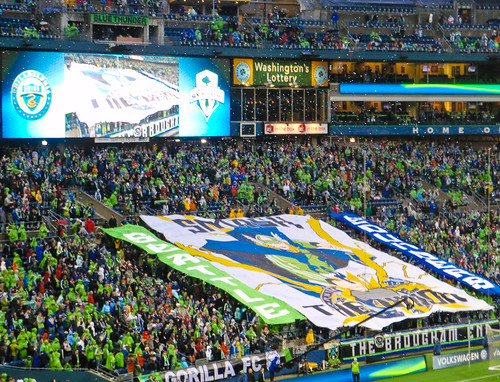 When he signed for the Seattle Sounders in October 2008, Freddie Ljungberg became the face of the new MLS franchise. Less than two years later Ljungberg is on his way out od Seattle/

Seattle coach Sigi Schmid confirmed yesterday what blogs have been reporting for weeks. That Ljungberg was looking for a way to get out of Seattle.

“Ljungberg is still [dealing] with the ankle but also, at this point, he is exploring options,” Schmid said. “So we’ll see how things proceed in the next three, four, five days.”

There have been rumors that Ljungberg would be heading to the New York Red Bulls in a swap for Juan Pablo Angel, but those rumors have died out recently. Ljungberg’s contract with MLS ends in November, which means he can start to talk to European teams about a January 1 move.

What does this mean for the Sounders? Technical Director Chris Henderson told the Tacoma News Tribune that letting Ljungberg depart could free up a designated player spot, which could be extremely valuable for Seattle.

“I think he can look at his options overseas, options within the league,” Henderson told the newspaper. “Potentially the club could get a DP spot open, get salary relief. It opens a lot of doors for us. That right there is a big reason.”

Schmid did not want to speculate on the events that led to the acrimonious relationship between the organization and its star player. He did say that earlier in the season, the ownership group put the entire organization (including Schmid) on notice after the team’s rough start.

“It was a situation where they weren’t really willing to make commitments going into the following season at this point,” Schmid said, “and I think that was primary reason for a player like him, with his pedigree and at his age, to say, ‘Hey, I got to start looking at some options to see exactly where I’ll be next year.”