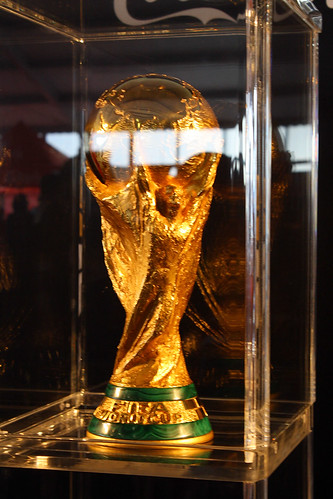 U.S. national team coach Bob Bradley has announced his 23-man squad for the World Cup in South Africa next month and surprisingly both Edson Buddle and Herculez Gomez made the final squad.

Three of the U.S.’s four forwards, Edson Buddle, Robbie Findley and Herculez Gomez did not play in the U.S.’s World Cup qualifying campaign. Buddle, who had not appeared for the national team since 2003, assisted on the first goal against the Czech Republic last night in East Hartford. Gomez, helped his cause by scoring on his international debut last night.

“We have been working for almost four years to reach this point, and we are grateful to all the players who have been part of the process. There is a tremendous amount of respect for the efforts and professionalism that everyone has put into building this team,” said Bradley. “It’s important in any team building process to get to the final 23, and clearly there were some tough decisions to make. We are confident that this is a group of players that will work together and be committed to doing whatever it takes to be successful. We feel the roster has a good balance of players who have been a part of previous World Cups, those who have gained great experience in qualifying and Confederations Cup and some newer faces that have proved they belong. We are extremely excited to play the final Send-Off match in Philadelphia and then begin the great challenge of playing in the 2010 FIFA World Cup in South Africa.”

What do you think of the U.S. squad? Is it good enough for the U.S. to get out of their group?