Blackpool In The Premier League Next Season 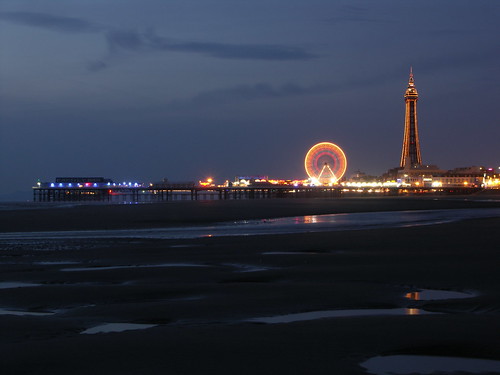 Veteran striker Brett Ormerod hit the £90million goal to fire Blackpool to the most lucrative, and unlikeliest, of promotions to the Barclays Premier League as they beat Cardiff 3-2 in the Coca-Cola Championship play-off final.

Blackpool has not played in England’s top division since 1971, but they twice came back from being a goal down to break Cardiff’s hearts.

Michael Chopra put Cardiff ahead but Charlie Adam levelled with a free-kick for his 19th goal of the season before Joe Ledley restored the Welsh club’s lead with a neat finish.

Yet the energy and desire that has been so evident in Ian Holloway’s side throughout the campaign again came to the fore as Gary Taylor-Fletcher and Ormerod struck from close range shortly before the break to put Blackpool in front.

Ormerod’s 13th goal of the season, undoubtedly the most important strike of the 33-year-old’s long career, gave the Seasiders an advantage they did not surrender.

Ian Holloway said after the game:

“I am bursting with pride. My lads kept going and they kept doing the same thing. I’m so proud. It’s absolutely outstanding. Cardiff threw everything at us in the second half and we still showed signs of not keeping the ball but in the first half for me is the future, you have to keep the ball. I’m gutted for the Cardiff lads but I’ve never worked with a group of people who deserve this more. It’s absolutely magnificent, not just for my team but for the whole area that we’re from.”

Blackpool who only averaged 8,611 fans for its home games this season, the second-lowest in the Championship, will be the smallest club to play in England’s Premier League.

Not to burst any bubbles at Blackpool, but Blackpool will get relegated next season. The only question is whether they Derby County’s record of 11 points in a season.