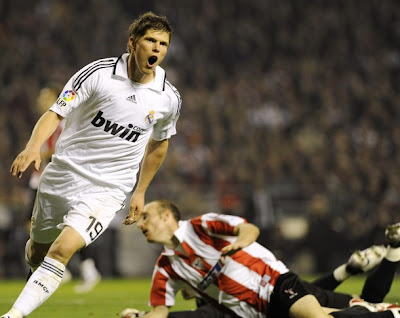 Another week of Spain’s Primera Division is in the books and many of the strongest clubs continued their relentless speedy rabbit pace towards the top of the league table and many mediocre clubs continued their tortoise pace falling towards the bottom of the league table.  So without further adieu lets find out the winner and losers from last weekend.

Sevilla, Sevilla, Sevilla.  All off season long I questioned the offensive firepower of Sevilla and claimed them to be a team merely focused on defense.  Like many times before I was wrong.  Sevilla is a great offensive force and look to be the third strongest club this season behind you know who.  They worked Athletic Bilbao 4-0 nothing last weekend. Speaking of great offense how about that Barca team?  Another victory and the record remains flawless. Barca beat Malaga 2-0 on their own pitch.

Real Madrid also provided plenty of offensive pressure as well and cruised to a victory over new boys Tenerife 3-0 thanks to two Benzema goals.  Valencia could not manage a win over Atletico Madrid in a 2-2 draw.  Madrid remains at the bottom of the league standings in the relegation zone.  Villareal is right down their next to Atletico with a loss last weekend to Deportivo La Coruna 1-0.

And in other La Liga matches: Mallorca handed Valladolid an embarrassing 3-0 loss, Espanyol managed a 0-0 draw at their brand new home against Xerez, Almeria and Racing Santander also tied but in a 2-2 shootout, Osasuna was victorious over Sporting Gijon 1-0, and in the final match of the weekend new boys Real Zaragoza easily defeated Getafe 3-0.