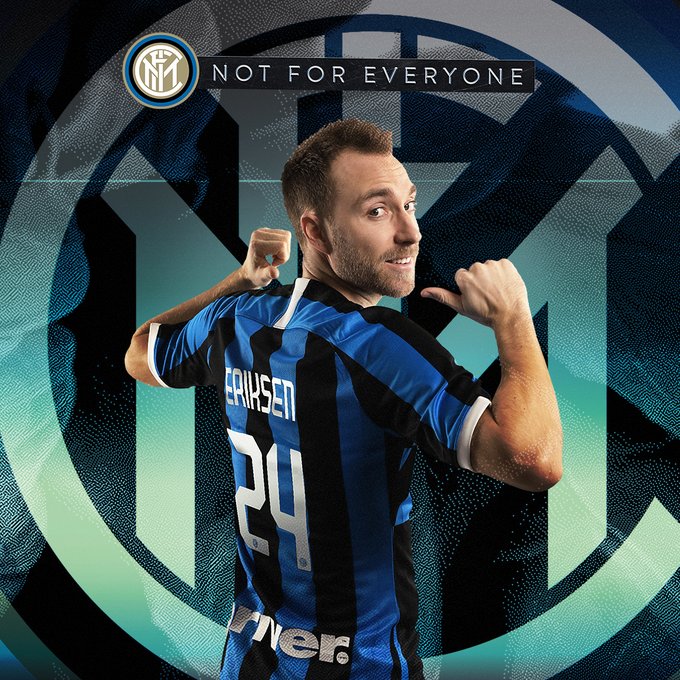 Christian Eriksen says it wasn’t a “difficult choice” to accept Inter’s offer as he “wanted to try a new challenge in a new country.”

Eriksen made his debut for Inter Milan in the Coppa Italia win over Fiorentina, and followed it up with his first start in the 2-0 win against Udinese last weekend.

Speaking to the BBC, the 27-year-old said accepting Inter’s offer wasn’t that difficult.

“I wanted a new challenge. To stay in the Premier League would have been an easy solution,” Eriksen told the BBC’s Simon Stone.

“Of course, staying at Tottenham would also have been a solution but, for me, it just came down to wanting to try a new challenge in a new country.

“Once Inter came up it really wasn’t a difficult choice.”

Eriksen has joined Romelu Lukaku, Ashley young, Alexis Sanchez and Victor Moses in swapping the Premier League for Serie A.

“That doesn’t happen often. I don’t know if it makes it easier.

“But it doesn’t really matter. It depends on the group you come into. So far, it is a very nice group of people and players.”

Eriksen will experience his first Milan derby on Sunday, and was asked about coming up against another Scandinavian in Zlatan Ibrahimovic.

“He brings a name with him of course. And there is (fellow Dane) Simon Kjaer. I have spoken to him, even before, when he was over here and we were speaking to Inter back then.

“He was not that far away at Atalanta. It will be the first time I have played against him so that will be fun. Hopefully we will show where we are in the league.”