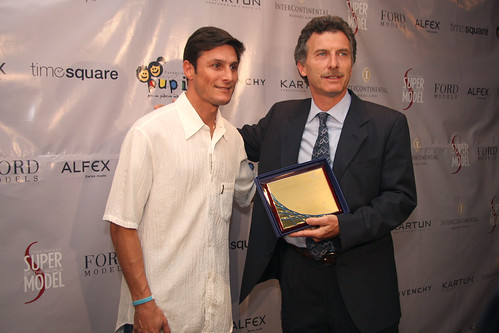 Inter Milan’s captain, Javier Zanetti admitted that he is feeling worried with the current situation especially since his team suffered seven straight defeats after they were beaten by Napoli on the weekend.

Zanetti revealed that getting beaten by the Partenopei in Naples isn’t actually a concerning things but the fact that it was their seventh consecutive defeats simply gave the Argentinian something to be scared about.

Zanetti stated that at the moment it would be wiser for Inter to simply focus in getting a victory a game at the time instead of thinking about making a full come back by getting some winning run again. The captain also stated that the players are taking responsibilities for the current bad form and will try to answer all the critics on the pitch instead of continuously providing false promises in front of the press as it could give more pressure for the team.

“Losing to Napoli we can handle, but not so many consecutive losses. This is the worrying part. Now we have to start by winning one match and then thinking about the others. Things can’t continue like this,” Zanetti revealed. We’ve been talking for ages now about starting again, but we haven’t managed to do it. We take responsibility for this. We have to roll up our sleeves and keep working

Furthermore, the skipper also stated that things are really difficult at the moment as at times the match situation becomes complicated for them as nothing really worked just like what the Nerazzurri prepared for. Taking an example from the latest defeat against Napoli, Zanetti revealed that his team have actually put on the right approach but in the end things didn’t really happened the way the Nerazzurri expected and eventually another defeat arrived for Claudio Ranieri’s squad.

“The approach for Napoli was good, but at the slightest mistake we get heavily punished and then it seems that we lack the strength to start again. It’s regrettable because during the week we work well, but in the match things aren’t going right,” the captain added.

Zanetti’s concern are not without a reason since it’s really looking really hard for the Nerazzurri at the moment as their players doesn’t seem to find their usual confidence with the superstars can’t seem to find their form. Having Catania as their next opponent can’t be considered an advantage anymore, considering Inter have been losing against weaker team such as Lecce, Bologna and also Novara in their last few matches.