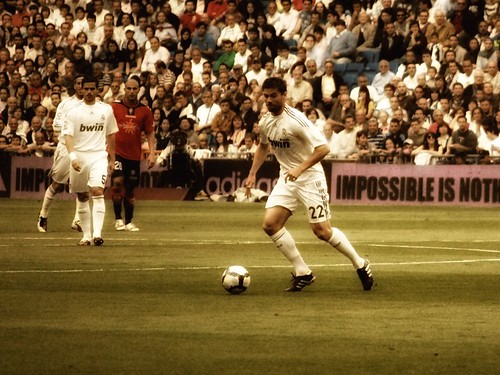 Drawing a game in the final minute against CSKA Moscow obviously left plenty disappointment for Real Madrid players, but they remain optimistic about their chances in the second leg especially since they were able to play well in the cold Moscow night.

Important players such as Xabi Alonso and Sergio Ramos both have strong confidence about their chances at Santiago Bernebau although they still rues the first leg result which should have gone their way.

“We clearly expected a better result seeing how the game unfolded. The draw isn’t a bad result, but it could have been better. Our opponent also did a good job and practically had no trouble until they scored. We are confident to win the tie in the return leg,” Xabi Alonso noted.

“This is a positive result and we’ll have the advantage in the return leg, playing for our home crowd. We’re happy with our performance, not with the draw. We would have liked to earn a different result, but it was clear Real Madrid deserved to win,” Sergio Ramos added.

The words from Madrid players aren’t much different than what their tactician Jose Mourinho had in mind as the Portuguese coach was also a bit disappointed with the result, despite noting that it can be considered a positive one. Obviously watching from the performance there’s every reason for the Galacticos to be very optimistic about their chance in the second leg especially since they have been getting great result at home in the Champions League this season.

However, for the time being, Madrid must set their sight back on the league since the second leg won’t be around for at least three more weeks so looming about their European tie won’t be ideal. Although they are still 10 points ahead of their fierce rival, Barcelona, but keeping the concentration is very important as slipping some points could very well jeopardize the good work that have been done in La Liga.