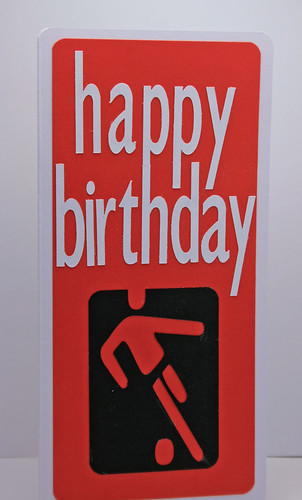 World Cup final referee Howard Webb recently admitted that he blew a call in the World Cup’s final match of Spain verses the Netherlands. The official is now saying that he would have given Dutch defensive midfielder Nigel De Jong a direct red card for his Chuck Norris-style kung fu kick he landed on Spanish midfielder Xabi Alonso‘s chest in the first half of regulation.

And doing so would have most likely favored the eventual champions of Spain even more.

The ref basically admitted that he did not have a clear view of the yellow carded penalty claiming that it would be one of the things he would change if he had the chance to following the match. Of course the World Cup final was marred with 15 yellow card worthy fouls and left many critics and fans of the most beautiful game upset claiming that too many cards were pulled during the 120 minute match.

And out of all the questionable cards given, Webb feels especially terrible about the lack of a red card given to De Jong. And rightfully so considering it was the worst missed call of the match.

Webb’s statement regarding the blown call:

One of the things I would change is the color of the card for De Jong’s tackle. Having seen it again from my armchair several times in slow motion and from different angles I can see that it was a red card offense.

One thing seems for certain though. One more person is on the instant replay bandwagon for good. After all it wasn’t until Webb sat in his comfy armchair and watched the play in slow motion that he realized his error. What a concept!

I hope Sepp Blatter is listening.