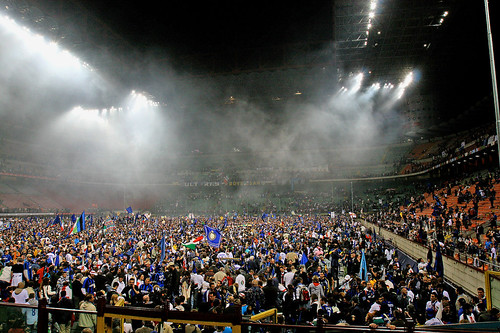 Last off season the news was all about the superstar transfer.  Kaka, Cristiano Ronaldo, Zlatan Ibrahimovic, Samuel Eto’o, and even Alberto Diego Milito all switched teams.  But out of all these names one key one was excluded.  Wesley Sneijder of Inter Milan might be having a more special year then all of these wonderful players.  Kaka and Ronaldo are on the brink of stealing La Liga from Barca (an amazing feat), Ibs is a valuable member of the most potent offense in the world and has become a respectable #2 to Lionel Messi, and Eto’o and Milito play along side Sneijder, but Inter’s offensive drive comes from the Dutchman himself.

Diego Milito seems to be the clear pick at forward this season (although Eto’o had a critical finish in that Chelsea match), but it appears that Inter’s most consistent game breaker is none other then Wesley Sneijder.  Ironically, the attacking midfielder was overlooked at Real Madrid this season with the addition of Kaka and Sneijder was one of the few players sold by los galicticos.  Well apparently Real Madrid already had a star in Sneijder because the guy has been critical in his side’s Champions League run.  He sets up goals with long passes (Eto’o against Chelsea for example), he also makes plenty of goals himself, and the guy understands his teammates strenghts and works the ball around to everyone.

The Dutch are a great wild card selection this summer in the Cup due to the emergence of Wesley Sneijder.  The Dutchman is proving once again that the nation has an elite brand of football and at the moment I think it is hard to say anyone else was a more valuable addition to their team.  But then again every guy on the list has been a critical addition to their club.