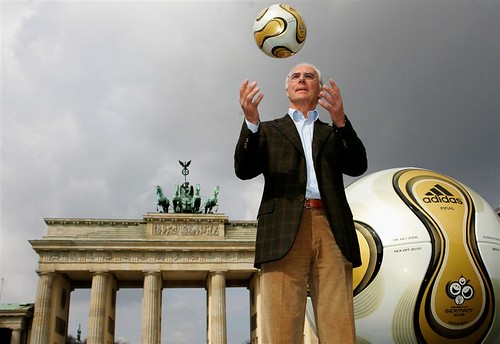 First off, when discussing Slovenia’s national team it is important to remember that the squad has only been around for a little bit less than twenty years.  Slovenia manager Matjaz Kek has followed the team for just about all of them in one way or another.  The former national team player (just one cap) was an assistant for several years and officially took over the coaching reigns in 2007 following a brief stint as a domestic league coach for a few seasons.

Striker Milivoje Novakovic is probably the side’s best overall player and the thirty year old was also Slovenia’s leading scorer in the WCQ with 5 goals.  Robert Koren is the squad’s captain and the center midfielder is also the best player in the midfield unit.  But the one player that really challenges Novakovik for the title of best player on the team is keeper Samir Handanovic.  The last line of defense is among the better players at goalie in the tournament.

Slovenia is still considered serious underdogs despite the fact that they have already beat Russia, Poland, and the Czech Republic.  If they are continued to be overlooked than expect the squad to advance once again.  The US and England does pose as a fairly tough draw for the #4 seed, but the boys have already knocked off two other teams that were in the top 40 worldwide.

Slovenia has a strong Big Three of Handanovic, Koren, and Novakovic, but the rest of the team is basically unknown to the world and have little big stage experience.  Slovenia has made one other Cup in their brief existence, but they were quickly knocked out with three straight losses.  This Cup offers many fresh faces, but the odds of advancing far are not great for the team with little depth.

With the Russian background I am tempted to use some Cold War oriented titles like perhaps Matthew Broderick’s hit 80’s movie Wargames.  After all Slovenia will need to outwit their opponents in the technical side of the game with brains over brawn if they want to advance far in the tournament.  Another good movie title for their successful run would be the Guns of Novakovic instead of Navarone.  As for a bad movie title how about The Battleship Potemkin?  After all Slovenia looks to be a Eastern European sinking ship even if they do make it to the second round.