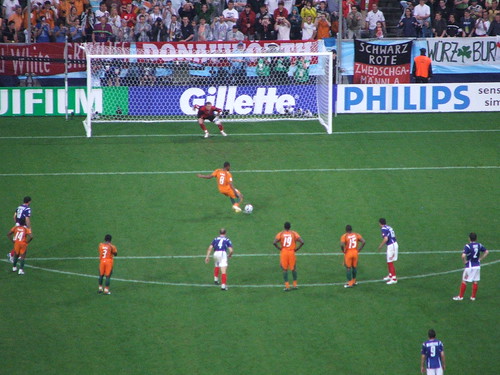 Operation First Time is the Charm

When you think of Radomir Antic one specific year should stick out in your mind.  That year is 1996.  Sure the coach had been a player for over a decade before that year and sure he had coached three other respectable teams (Zaragoza, Real Madrid and Oviedo) before that season as well, but 1996 was when Antic led Atletico Madrid to the unlikely La Liga/Copa del Rey double.  Antic took over the Serbian job after a four year vacation in 2008.

Serbia is fond of the classic 4-4-2 with two center midfielders, and two strikers up top.  The side is one of the most underrated ones in the tournament as far as roster talent goes and they have several major league stars from the EPL, Serie A, and La Liga.

Center back Nemanja Vidic is the heart and soul of both the Serbian defense and Manchester United’s defense in the EPL.  Vidic might be the best defender in all of the World Cup tournament.  The midfield is even stronger than the back line with stars like Dejan Stankovic of Inter and Milos Krasic.  Milan Jovanovic, Nikola Zigic, and Marko Pantelic make up the likely starting forwards and Gojko Kacar is a solid sub off of the bench in the midfield.

Serbia may be new to the whole world Cup thing as an independent nation from Montenegro, but the squad is in it to win it this year.  They have a realistic group to survive and an underrated roster loaded with tons of talent.  In fact Serbia or Ghana should advance this year and a lot of that depends on the health of Michael Essien.  Another issue that favors Vidic and company.

Serbia does have a talented roster of league players, but few explosive offensive stars.  They will probably play teams down to low scoring battles and hope for narrow victories.  Many believe this is a winning approach to football, but I think you need that superstar forward to have any real shot.  Serbia has a few superstars, but they mostly focus on the other side of the pitch.

Since it is their first ever independent berth of the World Cup final, why not The Birth of a Nation as the title to our Serbian football movie?  Sure the other Birth of a Nation is extremely racist and portrays the KKK in a positive light, but this one will not have any of that crap plus it will also be the first of its kind much like the DW Griffith film was the first feature length film ever made.